Dedham is famous for being the village of John Constable. Dedham is at the heart of ‘Constable Country’ – the area of England where Constable lived and painted. Constable attended the town’s Grammar School (now the ‘Old Grammar School’ and ‘Well House’), and he would walk to school each morning alongside the River Stour from his family’s home in East Bergholt. Many of Constable’s paintings feature Dedham, including Dedham Mill, which his father owned, and Dedham Parish Church, whose massive Caen stone and flint tower is a focal point of the surrounding Dedham Vale.

Upom emtering the village, follow the car park sign. There are plenty of spaces but not suprisingly they do fill quite quickly. Aim to get there for 11am.

Then make your way to the right (opposite direction to the village) and pass the reconverted mill and on the right you will see a pub restaurant. There you can hire a boat for the hour to go along the river Stour. On a sunny day it is amazing. Once completed you can have a picnic and an ice cream by the river and do the couple of miles to the Constable house (very pretty)

The village itself is beautiful and a cream tea is waiting for you in front of the Church. A great family day

From chocolate box rural hamlets to stunning coastal communities, Britain is home to some of the most charming villages in the world. You never know your own backyard until you leave. I have decided to visit with my family some of the most beautiful villages in England. I have been fortunate to live in the most pretty county in England for 15 years, Yorkshire, but what else has England to offer? Well the response is simple. A lot. I want to make the most of the British Summer and visit as many places as possible. So look out for my new section “England Must See Places”

Often referred to as ‘the prettiest village in England’, Castle Combe in the Wiltshire Cotswolds is a picturesque little community nestled on the edge of the Bybrook River. Its small pretty streets are lined with quintessential Cotswolds stone wall cottages and its quaint beauty has attracted the attention of the silver screen – the village starred in both the 2007 fantasy film Stardust and Steven Spielberg’s Oscar nominated War Horse. Formerly an important wool industry hub, Castle Combfe’s history is still evident in its riverside cottages bearing names like ‘Weaver’s House’ and visitors can see one of the country’s loldest, medieval clocks still in use at St Andrew’s Church. It is a special place to me having lived in Chippenham with my parents and often came for a stroll on Sundays. The car park is at the top of the village about 5min walk.

Another amazing village in Wiltshire that I am fond of. Afterall my first crush was on a girl from Lacock, what is it not to lile 🙂 Lacock village is a firm favourite for film and TV producers, most notably for its picturesque streets and historic cottages, untouched by modern alterations. The village’s most famous appearances include ‘Downton Abbey’, the BBC’s ‘Pride and Prejudice’ and ‘Cranford’, and the films ‘Harry Potter and the Half-Blood Prince’ and ‘Wolfman’. There’s lots to discover in Lacock village; quaint cottages, the old workhouse, the medieval tithe barn, the old lock-up and the village church 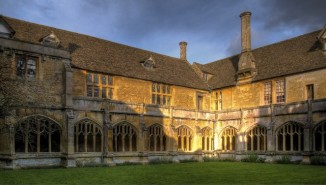 2 weeks ago my wife told memthat she had come across what looked like an amazing village in the Cotswolds. Well once we arrived there in a basking sunshine, the view was stunning. Bibury is a village and civil parish in Gloucestershire, England. It is on both banks of the River Coln which rises in the same (Cotswold) District and which is a Thames tributary. The village is centred 6.5 miles (10.5 km) northeast of Cirencester. Arlington Row here is a nationally notable architectural conservation area depicted on the inside cover of all United Kingdom passports. It is a main tourist destination for tourist visiting the traditional rural villages, tea houses and many ornate protected buildings of the Cotswold District, accordingly it is one of six places in the country featured in Mini-Europe, Brussels. You can park by the Church and make your way up to the village along the stream. You will see a little bridge, cross it and you will get to the famous hilly street. Then continue straight and you get to the farm where you can have a picnic and feed the trouts. It cost about £8 per adult. Worth it you can even have a bbq and cook what you fish. Once you are done do stop by the church.

I had heard a lot about the city from my parents but could not remember it. So knowing that another beautiful sunday was ahead of us, we decided to pack our bags and head straight to Canterbury. It took us just under 1h30 to drive to Kent bit again what a worthwhile journey. The City is small and beautiful. From the Cathedral to Christ’s college (by the way £32k tuition fee per year!) Canterbury has many places to showcase. Our favourite one was to go punting. Cost us £20 bit our little one loved it. If you are in the City do take the time.

After visiting Canterbury, keep a bit of time to travel few miles to a tiny village called Fordwich. It is a very small town and a civil parish in east Kent, England, on the River Stour, northeast of Canterbury. It is the smallest community by population in Britain with a town council. Its population increased by 30 between 2001 and 2011. Although many miles inland, it was the main port for Canterbury, which traded directly with London and Channel ports and indirectly with the near Continent, before the Wantsum Channel silted up making the Isle of Thanet part of mainland England. You can park by the pub next to the church. Its red bricks make the whole village incredibly beautiful and should be on your list to do on a beautiful summer day.